Reading Recap and Recommendation for 2019: What Books to Read to Start 2020

According to Goodreads, I read 52 books in 2019, thanks to audible books, a 2.5-hour daily commute, and just prioritizing reading as a leisure activity. My selection of books are fairly eclectic: anything from murder mysteries by Agatha Christie, to career development, to autobiography of Russian spies. Generally any writing that helps take my mind off work.

Out of the 52 books, below are a handful that I find worth recommending. They happen to score at least 4 out of 5 star ratings on Goodreads. I do reference a book's star rating on Goodreads when researching whether to read it or not. Most of time, I find the rating fairly on point.

I hope you enjoy them as much as I did. I'm building my 2020 reading list, and welcome any recommendations you have!

Deep Undercover: My Secret Life and Tangled Allegiances as a KGB Spy in America by Jack Barsky


I learned about this book from the Podcast The Jordan Harbinger Show. Jack Barsky was a Russian spy who posed as an average American in the U.S. for 10 years. If you like the show The Americans, I think you'll enjoy this book. The story started with Jack (not his birth name)'s childhood in East Germany, his college life in Jena, East Germany where he obtained an advanced degree in Chemistry before getting recruited by KGB, subsequently starting his training as a spy and eventually came to the U.S. under a false identity - Jack Barsky.
The narration is very personable, interlaced with subtle humor. Even though he arrived in America with a totally different purpose, I find myself relate to some of his experience such as the ideological difference between two political systems, value of its people, etc. It's a great story so a page-turner and a quick read.

The Girl with Seven Names: A North Korean Defector's Story. By Hyeonseo Lee

Another great page turner about a North Korean defector and how/why she escaped North Korea. This is the first book I read about North Korean defectors. In my assumption, people who decided to escape North Korea are driven by desperation: hunger, poverty, or prosecution. The story of Hyoenseo is slightly different: she lived a fairly comfortable life growing up (in North Korean's standard) - she didn't starve, has plenty to keep warm, and even has exposure to some western culture. Her family lived on the China-North Korea border. Then right before her 18th birthday, she decided to cross the border to visit her relatives in China, just to see what life was like on the other side, with intention to go back home after a short visit. Little did she know that was her forever goodbye to North Korea. She couldn't go back home because someone reported her missing and suspected she crossed the border. The story unfolds from there: she was forced to stay in China as an illegal, learning Mandarin, almost married a Chinese guy to get real citizenship, faking as a ethnic Chinese during police interrogation, working as a waitress in restaurants, etc. The story has a good ending when she eventually rescued her mother and brother out of North Korea. They now all live in South Korea.

It's a fascinating story. I had to stop a few times and googled if this is indeed a true story. What this girl has gone through at such a young age is incredible and hard to imagine.

The War that Saved My Life. By Kimberly Brubaker Bradley

This books is the Winner of the 2016 Schneider Family Book Award. Ten-year-old girl Ada was locked up in her London apartment by her mother because she has a twisted foot. Then World War II came, and all kids are to be shipped out of London to escape the war. Ada wasted no time sneaking out of the apartment with her little brother Jaime. There begins the adventure for Ada and Jaime, as well as Susan Smith, the woman who was forced to take the two kids in. First time in Ada's life, she experienced the motherhood love that's been lacking all her life. She learned to ride a copy, catch spies, and really lived the innocent life of a 10-year-old.
It's a well-written lovely story. Even though it's meant to be a children's story, some Amazon reviews mention, and I agree, is probably for adult readers. 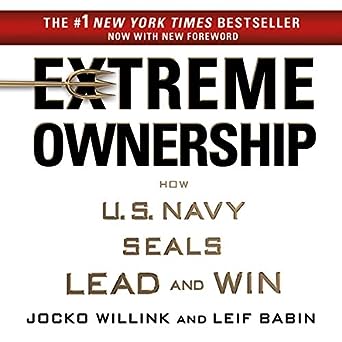 You learn a great deal of leadership lessons from the military, and this book is no exception. I happen to read this book while transitioning from an individual contributor to a first-line manager. This book helps shape the mindset needed to be a successful manager: you're no longer only responsible for what you deliver individually, you are accountable for the collective contribution of your TEAM. Their success is your success, so is the failure.
This might sound very simple, yet not easy to live it. There's no more excuses when things go wry, as the leader, you OWN it 100% and it's up to you to figure out a way to deliver.

The Simple Path to Wealth: Your road map to financial independence and a rich, free life. By J.L. Collins 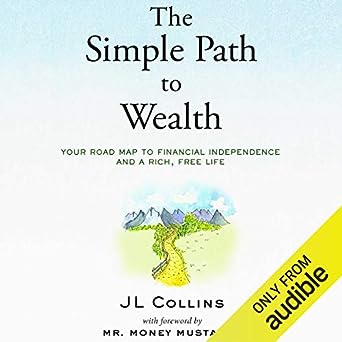 As the title suggests, the path to wealth, or rather a rich, fulfilling life, is very simple. This is probably hands down the best financial book out there and the only one you need to read.
I've been following the FIRE community, including Mr. Money Mustache's blog, for a while, so the content in this book adds nothing new to me. But it's good to read all the principles and how-tos systematically in one place. Read this book, read it early, and start taking action now.
at January 03, 2020

Today I attended the first postpartum support group zoom meeting. It's a great experience. I wish I had joined it earlier. Most particip...

Liv Wu
Hello, welcome to my blog. This is Liv. Born and raised in China, I came to the U.S. in 2010 to pursue a Master's Degree in Communication at Villanova University. Since graduating in 2012, I started working full-time in Marketing and Brand Management. This blog captures my thoughts in various topics: marketing & branding, leadership, book reviews, time management, productivity, exercise/healthy living, etc. What I write evolve with my life stage and reflect what my priorities are at the time. Enjoy reading!